If you are a power user and do a lot of multi tasking, then having a laptop with 8Gb of RAM is the best option for you. It is the sweet spot for today’s applications and this configuration has great longevity going forward.

A laptop with 8GB of RAM can have two configuration:

You only have a single stick of RAM on your motherboard. Although this seems good, it is not that efficient. Most laptops come with this configuration so do keep this in mind. This configuration is a bit slower than the Dual channel configuration.

In this configuration, the 8GB is split into two 4GB sticks both having the same speed. This is much faster and more efficient than the single channel configuration. Most new processors will greatly benefit from this type of RAM.

In this article, we have recommended the best laptops with 8GB RAM across many different categories and prices. These laptops have been carefully chosen and we have also mentioned the best bang for your buck options as well as the best budget and high end options.

This is one of the best new launches this year. Avita is a company that has managed to deliver great performing, good looking laptops at very good values, unheard of in the Indian market. The Liber V14 is an excellent laptop with specifications that are truly beyond its price point. It comes with an Intel Core i5 10210U processor, 8GB of RAM and a whopping 512GB of SSD storage.

It also comes included with Windows 10 Home included. The overall design and build of the laptops is also very premium. It also claims to have a battery life of 10 hours, albeit real life usage will be a bit less, but it is still a lot.

It is also available in a variety of finishes that will satisfy everyone’s preference.

The Dell Inspiron is another great budget laptop that has great value. It comes with the AMD Ryzen 3250U, a decent dual core processor, which is more than enough for basic tasks. The laptop also has 8GB of RAM, so multitasking will be a breeze.

Although you don’t get an SSD, you do have 1TB of HDD space available. And a big plus for students is that this laptop comes with Microsoft Office 2019 included with it.

The Mi Notebook 14 is a really good option for people who want a sleeker laptop with very good specs. This laptop comes with the Intel Core i5 10210U, which is a very good quad core CPU for this price. The laptop also comes with 8GB of RAM so multitasking will be a very easy job.

In terms of storage, you have 512GB of SSD storage, so boot times will be very fast and the operating system will be very snappy. Another big plus is that the laptop also has the Nvidia MX250, which means you will be able to play casual games very well.

The Lenovo Thinkpad is a well renowned laptop that is known for its durability and build quality. The laptop can easily withstand hard knocks, drops and water spills. So if you are a person who likes that kind of durability, the newly launched variant of this laptop is a very good option. The laptop comes with the Intel Core i5 10210U processor and 8GB RAM. In terms of storage, you get 1TB of HDD storage and 128GB of SSD storage.

The laptop also comes bundled with Windows 10 Home and Microsoft Office Home and Student. The laptop is very light, coming in at just 1.69kg. It also has rapid charging, which means that it will have 80% charge from 1 hour of charging, which is a great feature.

The newly launched HP Omen 15 is a very well designed and sophisticated looking laptop that has very good specifications. While the laptop is very professional looking, it does have features that gamers will appreciate a lot. Powering the laptop is the AMD Ryzen 5 4600H, a 6 core processor that outperforms even the new generation Intel i7 laptop variants.

In terms of storage, you have 512GB of SSD storage, so the boot times will be very less and you will enjoy a very smooth and fast experience. The laptop also comes with the Nvidia GTX 1650TI graphics cards, a very good GPU that will easily handle modern games, albeit at medium to high settings. Overall, this is an outstanding laptop for the price.

The Acer Predator Helios 300 really lives up to its name,it is absolutely a beast when it comes to performance. This year’s variants are very well built and are designed to be cool even under intense load on the processor and GPU. In terms of specs, the laptop is powered by the Intel Core i5 10300H, a very powerful quad core CPU that has very good performance. Aiding it is the 8GB of RAM. The laptop has 1TB HDD and 256Gb SSD in terms of storage, so you have plenty of space here. The laptop is well known for its gaming performance, and it doesn’t disappoint.

The Nvidia GTX 1650TI is a very powerful GPU and can handle modern games and competitive titles very well. And complementing the graphics card, you get a 144Hz, which is the most interesting feature of this laptop.

Once you experience a high refresh rate screen, you won’t be satisfied by anything else. Seeing buttery smooth motion in games is a sight out of this world. So if your primary objective is gaming ,then the Acer Predator Helios 300 is a great option.

If you are a person who prefers the best build and design in your laptop, then the Apple Macbook Air is one of the best options for you. It has a reputation for being the most elegant and minimalistic laptops you can find. Weighing only 1.29kg, it is also one of the lightest laptops in this list. We do admit that the specs you get for this price is a bit underwhelming, but like we mentioned, it’s a preference for design that makes this laptop stand out.

The laptop is powered by Intel Core i3 1000NG4 processor, which is only made for Apple laptops. It has 8GB of RAM and has 256GB of SSD, which is a bit low. The laptop also has an outstanding screen, which will be a treat to watch videos on.

It also has a fingerprint reader, so privacy and security is preserved here. You also get 2 Thunderbolt USB C ports which have extremely fast read/write speeds.

The ASUS TUF F15 is a great gaming laptop that has amazing specifications for the price. You get an Intel Core i7 10750H processor, which is a very powerful CPU and will easily run the latest applications,games and programs without any hitches. This CPU has great longevity as it is the best 6 core processor Intel has for its laptop range. Rest of the specifications include 8GB of RAM , 1TB of HDD and 256GB of SSD storage.

The laptop also has a great 144Hz display, so you will have an absolute blast playing the latest games as well as competitive titles like Valorant, CSGO,Fortnite and COD Warzone.

Although we do have to point out that the TUF series is known to have high temperatures when under heavy loads. So we suggest undervolting and repasting your laptop when you get the chance.

This HP Omen 15 is the higher priced variant of the one mentioned above. The main reason for the price hike is because of its graphics card, which is the Nvidia GTX 1660Ti. This GPU is one of the best performing graphics cards in this price range, and you would be hard pressed to find a cheaper alternative that performs as well as this.

This GPU is enough to play almost all modern AAA titles at 60fps at 1080p. And competitive games like CSGO, Valorant, Fortnite and Warzone will run very smoothly at above 100fps. If gaming performance is top priority for you and you want the best bang for your buck, then this is the perfect laptop for you. Even the other specifications like the processor is a solid performer.

The AMD Ryzen 5 4600H will easily be able to run any modern programs without a hitch. The onboard RAM is 8GB,which means multitasking will be a breeze. The 512GB of SSD also ensures lightning fast boot times. Plus, as we mentioned, the design of the laptop is very professional and sophisticated, so carrying it around won’t scream “Gamer” too.

This variant of the Apple Macbook Air is the much improved version over its Intel i3 counterpart. This laptop comes with the latest Intel Core i5 10th generation CPU, which will perform much faster and is a better choice for users who want more performance out of their machines. This variant also comes with much more storage space, as it includes 512GB of SSD storage, so you will be able to enjoy  much faster speeds and more space to store your programs and files.

Needless to say, this variant of the Macbook also comes with the great Retina display, providing you with great contrast and viewing angles. You don’t have to worry about the safety of your documents too, since the laptop also has a fingerprint reader included in it.

Thanks for reading our article , we have tried our best to compile a list of best 8gb RAM laptops in India with options for everyone.

Added to wishlistRemoved from wishlist 10 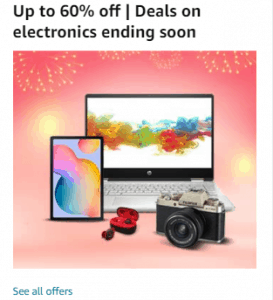 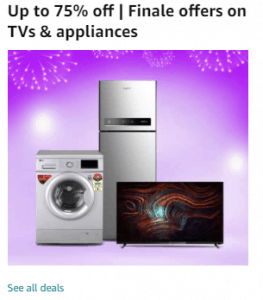 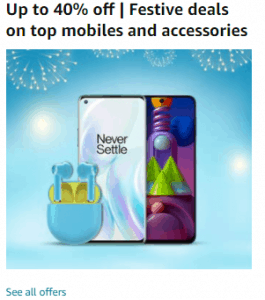