It’s that time of the year again where tech geeks could look forward to each and every innovations happening inside the cellular universe. Nokia showed no hesitation in unveiling its authentic flagship till date along with two other models (Nokia 6 – 2018 & Nokia 7 plus) all featuring Andriod one, along with the signature old school banana phone (Nokia 8110 4G) during the MWC 2018.

Okay so we all know very well that an upgrade to a predecessor always is more fascinating.This time the predecessor being Nokia 8. What is New in Nokia 8 Sirocco ?

Well let’s take a stroll through both the devices’ key specs and see how good has Nokia impressed us!

It is absolutely normal if the new design reminds of the Galaxy S8. Maintaining the conventional 16:9 screen ratio the Sirocco still has an impressive screen to body ratio and maintaining the same ppi with the last year’s Nokia 8. While both of them are beautifully sleek with a minimum thickness of only 7.5mm and 7.9mm, the Sirocco is more ergonomic with the cut out upper and lower bezels and a rear mounted fingerprint scanner. Although the steel frame is likely to add some extra weight, it adds quite a premium finish to this beauty.

Stepping a little but up from the layman vista, it is pretty clear that a good camera is not just about megapixels. The dual aperture setup in the Sirocco is very much helpful while switching between daylight and low ambient light shots. Also this facilitates an optical zoom of about 2x, which is absent in Nokia 8 because of the constant aperture. Note that this is a dual lens setup where one is the RGB sensor and the other one being monochrome; it is totally different than the portrait mode shooting. 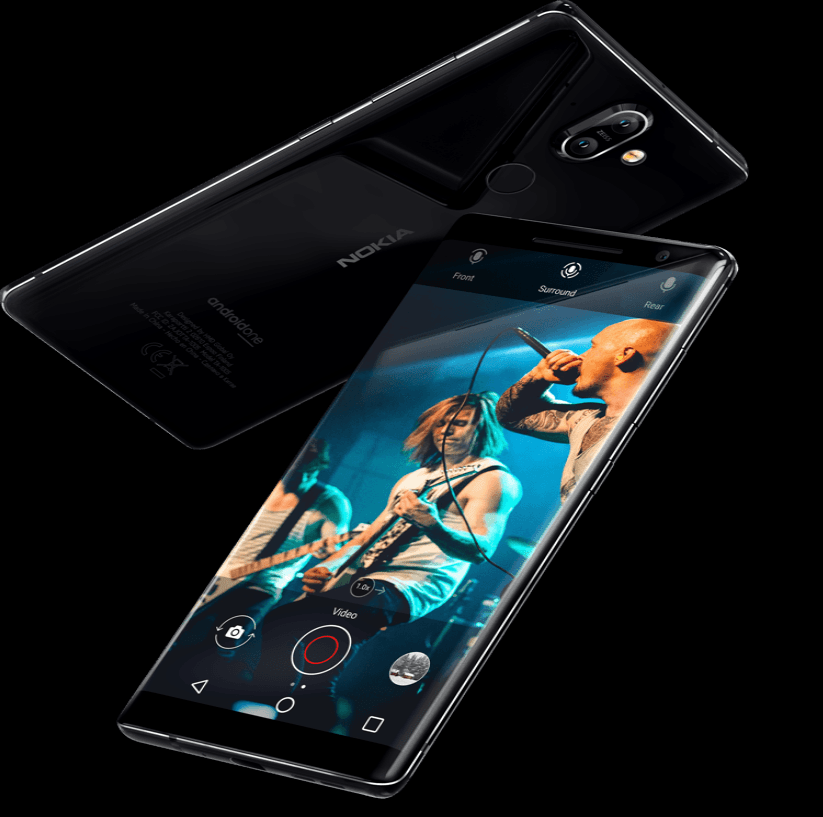 The pixel count of the front cam has been drastically reduced to 5 MP, but since the sensor size is the same as Nokia 8’s 13MP shooter, it results into a larger pixel of 1.4μm. The larger the pixel, the more amount of light it captures. And again there’s a 5 axis Optical Image Stabilization for both the models which aids in video capturing. What we miss is the slow motion recording at 60 fps and beyond.

Nokia 808 PureView and Nokia Lumia 1020 are the only phones with the largest smartphone camera sensors ever (1/1.2” and 1/1.5” respectively)

All in all, Nokia 8 Sirocco is worth all the attention that it actually grabbed during the MWC event. The brand history matters at the end of the day. Nokia’s long strategic partnership with Carl Zeiss, their patented Audio Recording technology and the revival of the iconic Sirocco design – these are just enough to keep the torch of innovations and expectations aflame on Nokia’s side. This means that there is long way ahead of the company’s future given the fact that they joined hand with Google for Android One in their smartphones.

While the competitors have announced their flagships powered by a Snapdragon 845 SoC, I don’t get it why Nokia still decided to continue with 835. Nonetheless, that doesn’t make the device as a whole, any less magnificent.