One of the cheapest QHD monitor in India

The Acer EB321HQU is the most affordable QHD monitor on amazon coming in at 21k INR. It has a 31.5inch high resolution IPS panel with Good colour gamut coverage. It is one of the more popular monitors in the 20k price segment since many people who want to upgrade from a full HD monitor but can’t really justify paying the exorbitant prices for the 4k ones find this 2k monitor to be a decent balance of price and high resolution. 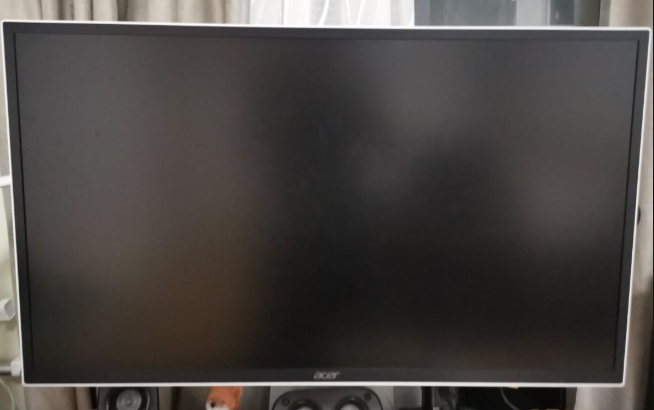 So, is this monitor actually a good choice? Let’s find out.

We will first take a look at the Inputs, speakers and the stand and then move onto the panel quality itself.

Let’s start with the connectivity and features

It has a 3.5mm audio jack, HDMI, DVI and Display port. One of each, which is fine but most people would have appreciated 2 HDMI and 1 display port. Almost No one uses DVI and that port should have been replaced with a VGA port for compatibility with old machines.

Moving onto the inbuilt speakers, they are absolutely horrible. That being said, almost every monitor has bad in-built speakers so the acer gets a pass here.

Despite being a 31.5inchs in size It consumes about 20 to 25 watts of power which is great since there are many 21inch monitors that consume around 20 watts due to low quality input controllers and upscaling chips.

You might be thinking, “who cares what the power consumption of a monitor is?” There are many people in India who live in areas with a lot of power cuts and run their devices on inverter batteries during power cuts. This 31.5 acer monitor consumes half as much power as a regular 32inch Tv. That means double the run time for those people.

Coming back from that tangent and now taking a look at the stand, it is decent and looks like metal but it isn’t. it’s a hard plastic made to look like metal, although it does do a great job of fooling you into thinking it is metal. The stand gives the display a small amount of vertical adjustability but it does not swivel side to side. The bezels are nothing exceptional. They are not too big but there are many monitors that are a lot cheaper and have smaller bezels.

The buttons to control the OSD is on the bottom and are rather easy to reach. The brightness controls are buried deep in the OSD and don’t have dedicated buttons for adjustment. No way to adjust volume from the inbuilt speakers (which is not a big deal since they are so bad that you wouldn’t want to use them). Much cheaper monitors from LG have better OSD and controls for that.

It’s a decent panel. It’s got great contrast, the brightness gets high enough that it will never feel dim in any room, acer claims it’s a 300-nit display, and at 32inches that’s plenty. Movies and Youtube video watching experience on this monitor is great. If I had to find one flaw it would be that this monitor doesn’t get Dim enough to use in dark rooms.

The 72% NTSC (99% SRGB) colour space makes it capable of colour critical work, acer claims it’s a 10- bit panel but my suspicion is that its 8 bit and using FRC to qualify as a 10-bit panel, although there’s no way for us to confirm that.

That’s all you need to know, if you’re the kind of person who wants to know more, then my guess is that this monitor probably isn’t for you. Want to know why? Look at this UFO test

Now that’s a result that you definitely don’t want if you are someone who plays a fast-paced FPS games like CS GO seriously.

The pixel response times of this panel are around the 20 to 24ms range. Acer claims 4ms and that’s clearly just a lie, or let me rephrase that. There are many ways of measuring response times and companies can choose whatever method they want in order to make their product appear good. Truth is, this monitor has bad response times and shouldn’t be used for any games that require quick and twitchy movements.

Another omission that supports my claim that its not meant for gaming is the lack of any official Free-sync or G-sync support.

The backlight bleed on my specific panel is fine, although that is something that varies from that particular display unit to display unit. 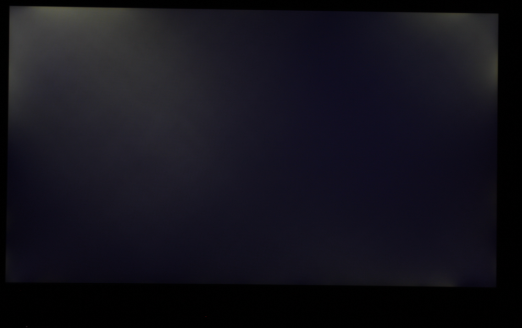 All that said, this monitor is NOT INTENDED for gamers. It is geared towards casual users and content creators. You can find 144hz FHD 24inch monitors under 15k. This isn’t trying to compete with those.

The Screen also has a matte coating that catches smudges extremely easily. It’s an absolute pain to deal with. You just can’t touch the screen without leaving a clearly visible mark. The matte coating is very powdery and It is very hard to clean and there doesn’t seem to be any straight forward way to clean it since even an isopropyl alcohol cleaning cloth will leave smudges on to the screen. The other monitors that I have used don’t have such an aggressive matte texture and are a lot easier to deal with. I suggest you try to use this monitor in areas where there is not a lot of dust. Despite all the inconvenience it causes, the coating does its job of minimising the reflection very well.

Overall, the panel quality is fine for everyone but the serious gamer. This monitor isn’t designed for that kind of usage anyways.

No, measure your desk. If it fits on it then you will get used to it. Some people even argue if 42 inches is too large or not and many people tend to say it’s not. The screen is definitely on the larger side in comparison to its competition and that’s probably something you prefer if you are considering this monitor. Even if the monitor barely fits your desk, it’s still not going to be a problem for you. You get used to and start to appreciate the size. For the first 2 or 3 days it might seem excessive but the large screen really immerses you in the content that you are watching. Simply put, BIGGER SCREENS ARE BETTER FOR MEDIA CONSUMPTION.

But that results in a different discussion. Ever wondered why your smartphone display is so much sharper than your laptop despite having the same or lesser number of pixels? It’s because on the laptop, those pixels are spread over a larger surface area which results in the image looking more pixelated, meaning that you can see the individual pixels more easily since they are larger. If the display is very pixelated, the text might not be clear or easy to read.

This is where the QHD resolution of this monitor really benefits it. This monitor is almost as sharp as a 21inch 1080p monitor.

The competition is really tough for this ACER, other companies are offering 31.5 or 32inch QHD panels for nearly the same price. The ACER used to cost about 19k or so which gave it a pretty decent pricing advantage over the others that are hovering around the 22k mark. But it seems that since the start of 2020 the Acer has crept up in price while the competition is stayed at the same price.

In fact, you can find entry level 4k 28inch monitors from BenQ for 23k although I don’t particularly recommend buying that model due to huge bezels and it being a TN panel. But if you are purely buying a monitor for gaming purposes (which I highly doubt you are since you are reading a review of a 60hz ips monitor) then those 4k monitors are a good pick.

And unfortunately, the competition doesn’t end there. If it’s only the large size that you care about, you can buy many 32inch FHD TVs from LG and other brands for around 15k to 17k and they come with good speakers unlike other monitors.

If it’s not the size but the resolution and the sharpness you care about then you should look at 21inch FHD monitors since those are just as sharp as 32inch QHD monitors.

Being the one of the cheapest Quad HD monitors in India, it offers a great panel, the inputs are fine and the panel response times are good enough that I can consider it okay for casual gaming.

It comes in at 21000 rupees and at this price you can find several other 24 to 27inch Full HD high refresh rate monitors with better pixel response times, you are just at the heels of entry level 4k monitors and it’s competing QHD models from Lenovo, LG and BenQ offer better features such as 75hz support, smaller bezels and more input options.

All of that makes it hard for me to give a recommendation.

1. Play fast paced first person shooters then this is not the monitor for you. Look at the FHD monitors with TN displays. – NOT RECOMMENDED

2. Are not a serious gamer and want a pixel dense display to do office work and watch movies then it is a good option. – RECOMMENDED

3. Only care about a big display then you might want to take a look at 32inch TVs due to higher quality onboard audio solutions that they offer. – NOT RECOMMENDED